“Unfold with” is a series of interviews with tech content creators to share their life story and views on foldable technology. 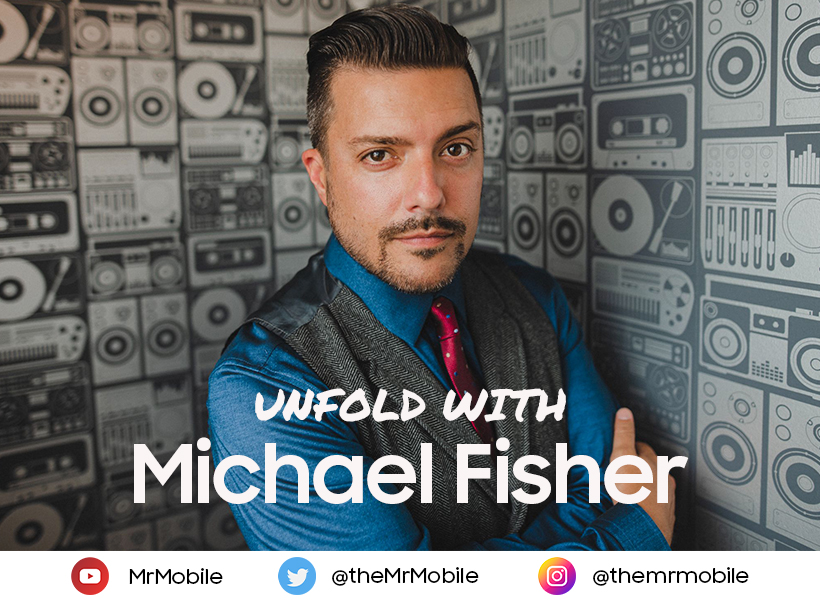 1. Hi Michael ! Starting in 2016, you’ve reached 200+ million views on your channel. How did your  YouTuber’s journey begin?

Michael: I actually started on YouTube way back in 2006, when my father and I would upload short video clips featuring remote-control boats he built, or sinking model Titanic videos. As the content became more popular, we put more and more effort into it, eventually amassing over 120M views across nearly a hundred uploads.

I had the privilege of honing my skills and developing an audience while working at Pocketnow until 2016 when I was approached by a company called Mobile Nations to build a new YouTube tech channel from the ground up. Five years (and one acquisition) later, I’m happy to say I still make a living uploading mobile-tech videos every week!

2. Impressive that you started filming when you were young. What got you interested in talking about technology?

Michael: I grew up in the mid-90s when Star Trek: The Next Generation was incredibly popular. Something about the speculative technology of the future really enchanted me, and when 21st-century equivalents of communicators, PADDs, and Tricorders started to become available, I became equally obsessed with them. I love how mobile phones, tablets, and other portable devices have completely revolutionized the way we live our lives on the go.

3. Covering retro-tech in your channel seems to be really interesting. What was the first piece of technology you ever owned?

Michael: I’ve never been asked this! My first piece of technology was a device called “Mike’s Electronic Busy Box”, which my father built out of wood and spare electronics when I was about two years old. It was a suitcase-sized toy with toggle switches and buttons that controlled an array of lights, buzzers, and motors. Kind of like an advanced fidget spinner, but a lot more fun. 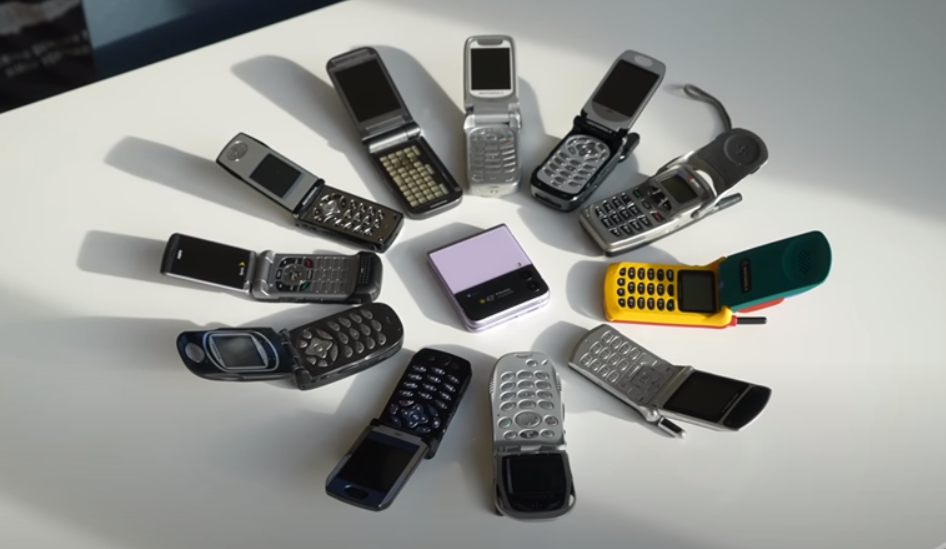 4.  Didn't expect this to invoke childhood memories. That’s fantastic to hear. So what was the first piece of foldable tech you ever owned and why did you choose that gadget?

Michael: My first “foldable” piece of tech (well before flexible displays came on the market) was a Samsung SCH-3500, which was my first mobile phone. Many of my friends had flip phones, so when I was finally able to buy my own cellphone at the age of eighteen I knew I wanted one that included a folding component. (Of course, the obsession with flip-top Star Trek communicators didn’t hurt.).

5. You were impressed with the potential you saw in the Galaxy Z Fold replacing laptops someday. Share your thoughts with Samsung fans on why you think that.

Michael: I think laptops will be around for a long time, but devices like the Fold impress me because of how often – and how well – they can take the place of a laptop. Like a traditional smartphone, it’s easier to use the Fold for a quick computing session on a plane or train than it is to bring out a notebook computer, and the added display area means that the session is also much more comfortable than it is on a typical phone. The Fold has replaced my tablet entirely, and I find it takes the place of my laptop about 20% of the time. 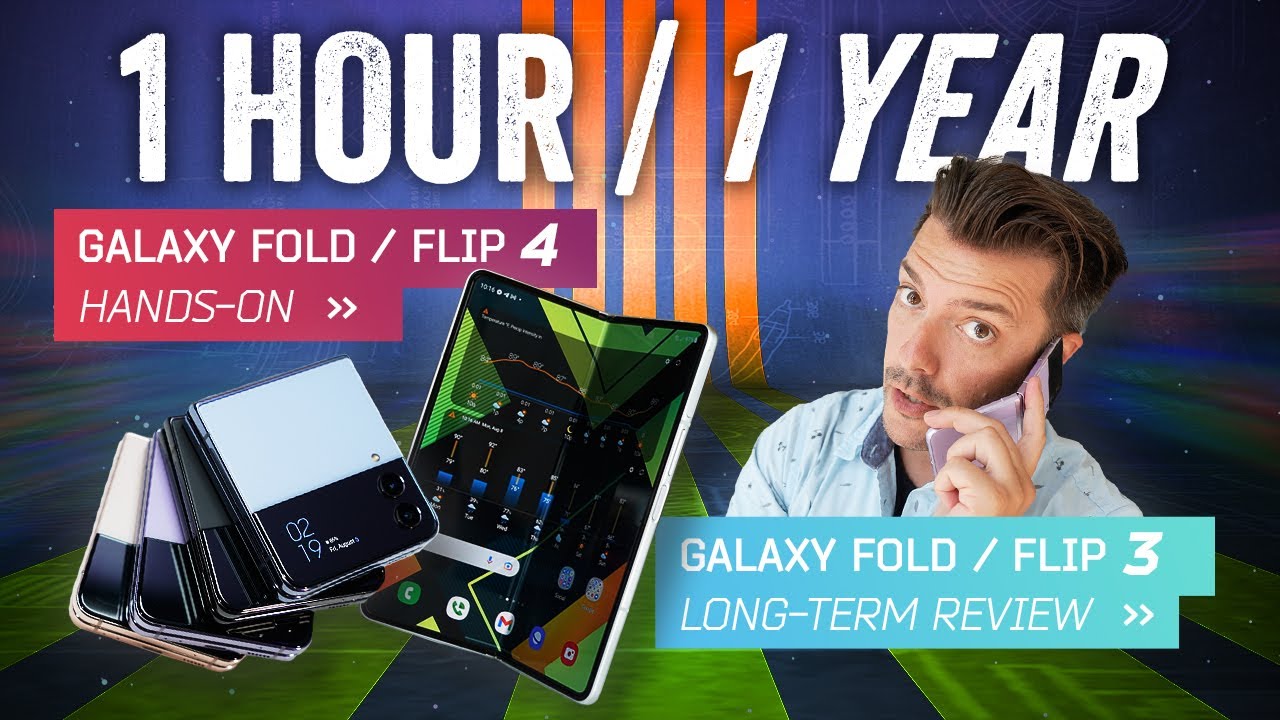 6. How would you compare the UPC (Under Panel Camera) technology from last year to this year? Do you see any improvement in the pixelation within the camera hole area?

Michael: The UPC is certainly better camouflaged than last year, which helps sell the perception of a large uninterrupted canvas. The camera itself still produces inferior results compared to the cover display selfie shooter, but I find the tradeoff worth it since it’s mainly intended for video calls.

“The difference with Galaxy Z Fold 4? It's more than a phone; It's a foldable. And so it does most things better.” 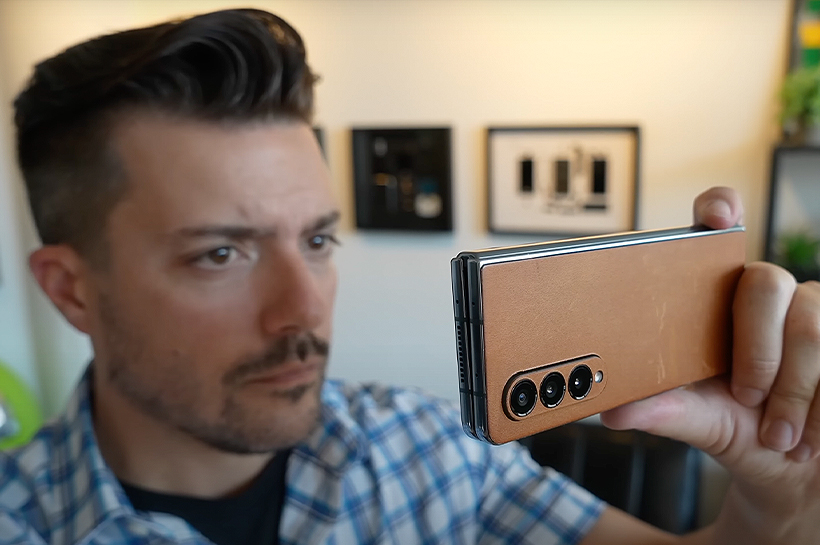 7. What’s the most fun foldable product you’ve ever reviewed and why?

Michael: The Galaxy Z Flip 3. It corrected many of the flaws of earlier Z Flips while injecting much more fun into the day-to-day experience. Using a phone that can bend in half opens up a lot of strange and exciting opportunities! Of course, everyone talks about Flex Mode when using the camera, which is indeed quite handy – but that positionable hinge also makes the Flip more comfortable to take phone calls on, or you can prop it up on a table in a half-bent posture to better see what's on the screen. And of course, when you’re done, it collapses down to something much smaller than any other phone. (All of this is also true of the Z Flip 4, but the 3 is where the Flip truly came into its own, so that was the most fun foldable review process I’ve had.) 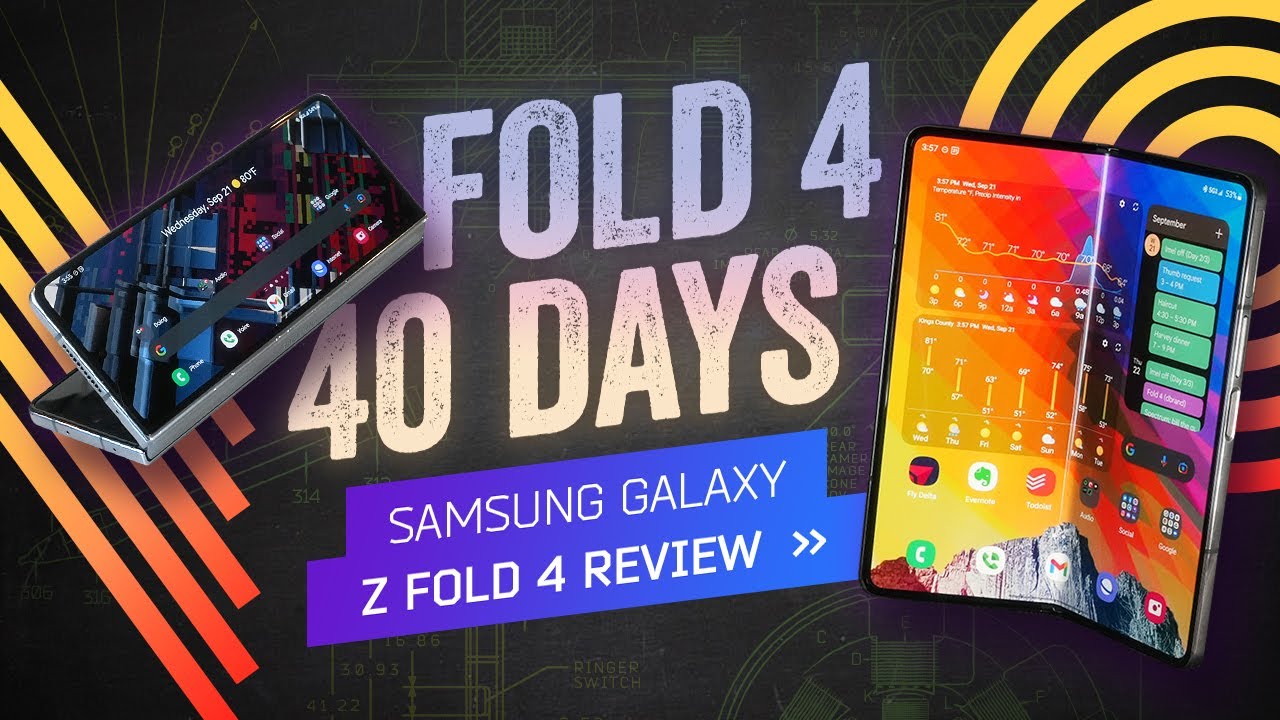 8. When you choose a smartphone to use on a daily basis including for your videos,  which display specs do you consider?

Michael: For personal use, I’ve exclusively used foldable since January 2020, so my number-one consideration is whether the device has a flexible form factor. After that, size and brightness are my top areas of concern. For a Fold-style device, the bigger the better. For a clamshell like the Flip, I like a tall and narrow display.

9. In your own words, you have a childhood obsession with science fiction. If you could build your own dream foldable/slidable product, what would it be?

Michael: I’d love a future where we could carry even bigger screens in our pockets. One of the great pieces of speculative technology in the first season of HBO’s Westworld was a foldable device thin enough for a pocket but expandable to about 10 inches when fully deployed. Unfortunately, that super-thin form factor is unsustainable with today’s battery and camera technology, but I can see us getting there within my lifetime.

10. As an influencer having a million subscribers, any advice for young YouTubers entering the field right now? 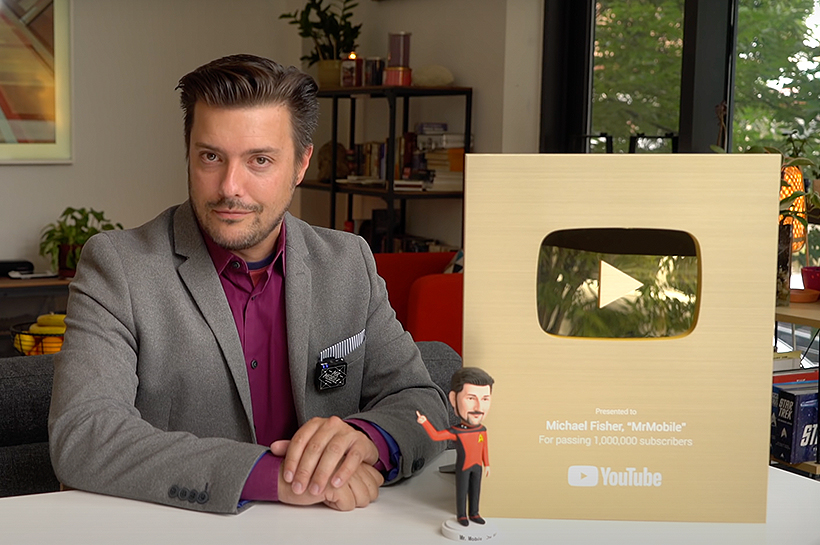 First, don’t pin your value on subscribers or view counts, or other vanity metrics. Success comes in many forms, which you need to define for yourself. But achieving any kind of success will depend on having something different to say, or saying it differently – or ideally, both! The tech world needs new perspectives, not rehashed versions of the same old ones.

[Interview] QD-Display, “The Greatest Gaming Monitor” According to PC Centric