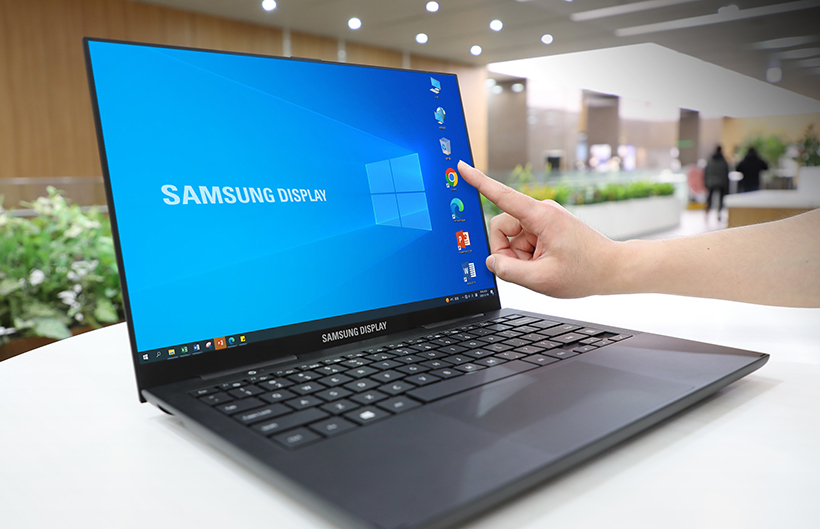 competitiveness with simplified design and productivity

Samsung Display developed OCTA, the world’s first touch-integrated OLED, for smartphones back in 2010. It is a technology that embeds the touch sensor inside the panel instead of attaching a TSP (Touch Screen Panel) film to recognize touch action on the panel surface. The panel is much friendlier to the environment because it doesn’t need additional plastic film for touch. Moreover, the thickness and the weight of the panel are reduced with a simplified structure.

Samsung Display explained that touch film generally accounts for 6-11 percent of the total panel thickness and that the thinner the panel, the better the design expandability and portability of the product. Also, the company has been focusing on developing large-sized OCTA technology as the recent demand for laptops with touchscreen functions has increased with the expansion of the OLED laptop market. 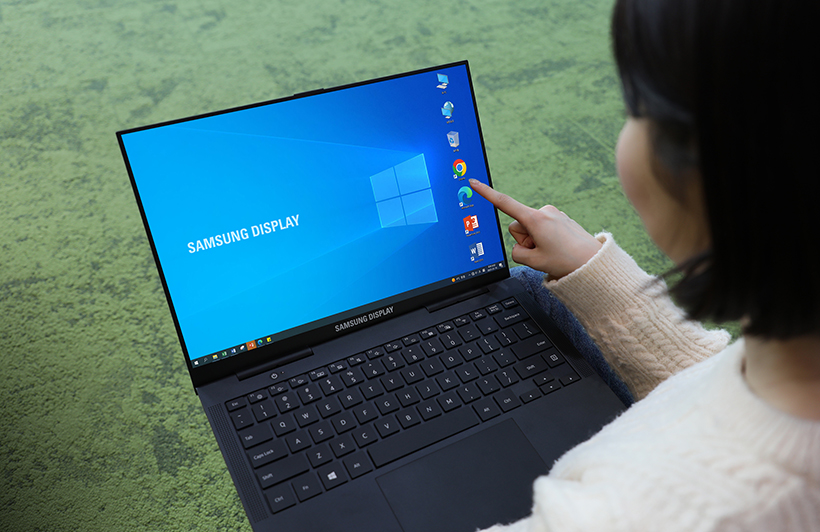 “The difficulty level of the touch-integrated technology surges greatly as the display area increases, which leads to the increased number of touch sensors required,” said Hojung Lee, Head of Product Planning Team for Small and Medium-sized Display Division at Samsung Display. “We were able to achieve the natural feel and touch responsiveness for larger displays through the development of new materials and process technologies.”

[Vocabulary]
- Touch Screen Panel (TSP): A plastic part patterned with Sensors that allow you to determine the coordinate value of your finger position when the display screen is pressed or touched.
- On Cell Touch AMOLED (OCTA): An AMOLED panel with a touch feature that has touch sensors directly embedded on the panel.